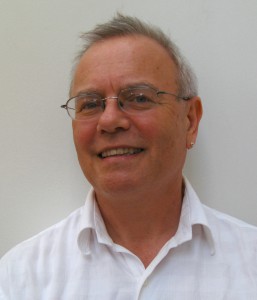 Peter is president and founder of PF Hyper LLC, established in the early nineties to build Web sites and multimedia CD-ROMs. His path to today includes teaching some of the earliest web-building (HTML) classes in the Twin Cities area and establishing courses in HTML, CSS, and web scripting for the Electronic and Web Publishing Department of the Minneapolis Community and Technical college back in 2001. He worked as a web developer for eight years at the University of Minnesota Masonic Cancer Center and the Extension Center for Family Development, planning and leading major projects like the Cancer Center’s “Find a Clinical Trial“. Peter also championed collaborative web tools like wikis, social bookmarking, podcasting, Twitter, and blogs at the University.

Peter served as project manager and head programmer for the Hematography series, created for the University of Minnesota Department of Medical Technology. The software sold 3,500 copies worldwide.

He blogs irregularly at the PF Hyper the Blog on whatever catches his fancy. He manages the Seward Neighbors Forum, an E-Democracy neighborhood forum in Minneapolis, MN and he curates content for the neighborhood’s Seward Profile Online News blog.

He was a member of the Minneapolis Foundation’s Digital Inclusion Fund Advisory Committee which oversees and funds local digital inclusion proposals.

During his time at the University, Peter was a co-founder of the CSS (Cascading Style Sheet) Development work group (now the Web Standards Group) which helped in kickstarting widespread use of CSS at University of Minnesota web sites. Peter was also a member of the Enterprise Web Content Management (E-WCM) Advisory Committee which was tasked with replacing the Filenet content-management system with something new. (He was the open source advocate. In the end, the Oracle/Stellent Web Content Management system was chosen.) Peter then served as co-chair of the Stellent-Filenet User Network group during the 2006-2007 academic year. He is also one of the founders of the Minnewebcon organizing committee which staged the University of Minnesota’s first major web conference in 2008.

He has a Masters of Public Affairs from the University of Minnesota Humphrey Institute (2009).

Peter grew up on northern Minnesota’s Iron Range which has a culture more akin to New York City than Minnesota Nice. (Maybe why Robert Zimmerman headed east.) He has spent most of his life in Minneapolis.